Here is the message posted by Nadine, Nicolas’s mum, on 21st July 2020, on the Facebook page “Together with Nicolas in the scrum”:

Hello, I’m Nicolas’s mum. I’m reacting for the first time on this page, thanking heartily all the people who donated generously.

“In support of Nicolas’s struggle”

Together with you, we would have liked him to benefit from the prize pool, but things turned out that way and we have to accept it !!!

I’ve been thinking a lot about what Nicolas would have liked in these circumstances.

The last moments he spent with us were full of intense frustration, both for him and for us.

He was trapped in an inert body, unable to exchange with us because of being intubated. His only means of communication was blinking.

Those moments of full consciousness were short, but still I’ll never forget them. My misunderstanding got on his nerves, which made me suffer a lot. I was feeling powerless!

Consequently, I got the idea to rent a computer with a scanning device but it turned out to be helpless as he finally never came out of a coma.

The suffering will never disappear. It might fade away, though, if I know that no other family will ever have to experience that in a hospital.

This is the reason why I decided to use a part of the prize pool to offer a scanning device to the “hôpital de la Croix Rousse” in Lyon.

The other part will be spent on a project Nicolas dreamed of: organizing a rugby tournament in wheelchairs called the “AIN-VICTUS”.

Commitment, courage, respect, team spirit and sharing are all rugby values my son fitted with.

But, most of all, those were my son’s values; the values of an awesome and generous human being.

Nicolas’s close friends and relatives are all enthusiastic with the suggestion. I hope you are too. And once again, I THANK YOU from the bottom of my heart.

Loads of people want to support us. Instead of sending flowers, could you please rather think of the tournament “AIN-VICTUS” or the prize pool and the patients you’ll help come out of the terrible misunderstanding imprisonment?

Soon after the message was published donations flocked, doubling the initial pool ! This quickly enabled the “hôpital de la Croix Rousse” of Lyon to get a Tobii. Thanks to this device the patients can communicate with their eyes without any need to blink, and most of all, it uses more than thirty languages. 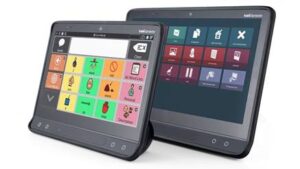 The device costs about €15,000 and is one of the few to be accepted in rehabilitation centres.

Taking the Covid sanitary crisis into account, we’re delighted the device arrived at the right time. And that for our great satisfaction!

Still thanks to your donations, we could offer a suitable wheelchair to Mr Angelo Hernandez who became quadriplegic after a motorbike accident. (See pictures below)

Indeed, Nicolas was absolutely involved in the organization of the rugby tournament with 5 or 7 players entitled “Ainvictus Rugby Tour”. The tournament, led by Ainteam Rugby Sevens, had to take place in June 2020 and the profits had to help finance a wheelchair. 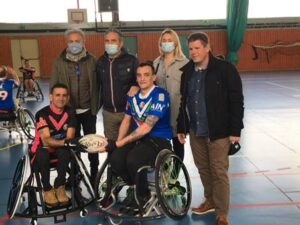 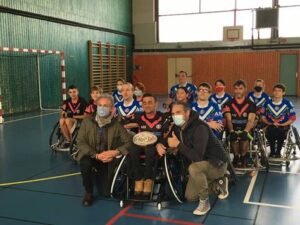 But this is only the beginning …

You can find out more about which cookies we are using or switch them off in settings.

For every subscriber to our newsletter, a generous donor will donate 50 cents to our Foundation. *

Thank you for your support!

You wish to make a donation to the Nicolas Gigot Foundation?

This website uses cookies so that we can provide you with the best user experience possible. Cookie information is stored in your browser and performs functions such as recognising you when you return to our website and helping our team to understand which sections of the website you find most interesting and useful.

Strictly Necessary Cookie should be enabled at all times so that we can save your preferences for cookie settings.

If you disable this cookie, we will not be able to save your preferences. This means that every time you visit this website you will need to enable or disable cookies again.